Chlamydia is one of the most common sexually transmitted diseases in the US. Due to the absence of any outward symptoms in the early stages of the disease, chlamydia often gives rise to serious complications before it gets diagnosed.

According to the Center for Disease Control and Prevention, almost 1.8 million Americans suffered from chlamydia in 2018. Not just that, most of the patients don’t even know that they have it. That is why doctors recommend getting regular screenings and examinations.

In this article, we will go through the various symptoms and causes of chlamydia. We will also see how it spreads from one person to another. So, let’s get right into it.

Almost all symptoms of chlamydia are similar to those of other STIs. But they are mostly present at the later stage of the disease.

A recent research report from the CDC states that only 5-30% of females and 10% of males show symptoms of the disease. The symptoms usually start appearing after two weeks of contracting the bacterial infection. Besides, scientists are yet to determine how long these symptoms can last.

Here is a detailed account of the symptoms of chlamydia in males and females.

Among the most frequently reported symptoms by men with chlamydia are tenderness, pain, and swelling in the urethra or the testicles. The signs and symptoms common to both sexes are mentioned afterwards.

In females, untreated chlamydia may spread to the uterus and fallopian tubes and cause pelvic inflammatory disease (PID). Vaginal discharge is also common in female patients. Other symptoms include:

What’s more, contact with the secretions of infected areas can lead to chlamydial conjunctivitis or pink eyes. The location of chlamydia depends on the way you have sex.

That is why medical experts recommend taking precautionary measures before having intercourse. They can help prevent the transmission of the bacterial infection.

Chlamydia trachomatis is the bacteria involved in the spread of infection. Large populations of these bacteria can impact several body organs, including mouth, throat, lips, anus, urethra, cervix, and vagina.

Moreover, patients who have recovered from chlamydia can contract it again on having sex with an infected person.

If chlamydia progresses without being diagnosed, it can cause severe health issues. It can damage your reproductive organs and lead to fertility problems. To avoid this, you should stay in touch with your doctor or healthcare provider and get tested every month.

I was bit by a tick/spider, now what? 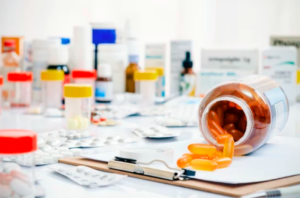 How do I know if I need antibiotics?

Skin check: How do I know if this mole is cancer?

Developed By Synapse Coding
We use cookies on our website to give you the most relevant experience by remembering your preferences and repeat visits. By clicking “Accept”, you consent to the use of ALL the cookies.
Do not sell my personal information.
Cookie SettingsAccept
Manage consent

This website uses cookies to improve your experience while you navigate through the website. Out of these, the cookies that are categorized as necessary are stored on your browser as they are essential for the working of basic functionalities of the website. We also use third-party cookies that help us analyze and understand how you use this website. These cookies will be stored in your browser only with your consent. You also have the option to opt-out of these cookies. But opting out of some of these cookies may affect your browsing experience.
Necessary Always Enabled
Necessary cookies are absolutely essential for the website to function properly. These cookies ensure basic functionalities and security features of the website, anonymously.
Functional
Functional cookies help to perform certain functionalities like sharing the content of the website on social media platforms, collect feedbacks, and other third-party features.
Performance
Performance cookies are used to understand and analyze the key performance indexes of the website which helps in delivering a better user experience for the visitors.
Analytics
Analytical cookies are used to understand how visitors interact with the website. These cookies help provide information on metrics the number of visitors, bounce rate, traffic source, etc.
Advertisement
Advertisement cookies are used to provide visitors with relevant ads and marketing campaigns. These cookies track visitors across websites and collect information to provide customized ads.
Others
Other uncategorized cookies are those that are being analyzed and have not been classified into a category as yet.
SAVE & ACCEPT