Blood pressure is measured in millimeters of Hg and has a total of two numbers. These two numbers combined constitute one reading and they are as follows:

Under normal circumstances, this value is 120/80 mmHg. However, a value of 140/90 mmHg or above indicates high blood pressure.

As every other medical condition, high blood pressure also has certain symptoms. However, most patients show absolutely no signs or symptoms. Even when the readings show dangerously high levels of hypertension, these patients have no symptoms.

Patients who do have symptoms are also vast in quantity. According to physicians, these symptoms generally include:

The above-mentioned symptoms are not very specific. They usually occur only when the high blood pressure gets severe and reaches a life-threatening stage.

High blood pressure is one of those medical conditions which differs in men and women in some ways. These differences are generally seen in the signs and symptoms of the condition. Many online doctors and healthcare providers have illustrated these differences.

Blood pressure is elevated in women who consume birth control pills. Although, this phenomenon depends upon certain factors and usually occurs in the following women:

Blood pressure might rise during pregnancy so regular checkups are recommended during this time.

This condition affects an estimate of 5-8% pregnant women. It is considered a very serious condition and contributes to a lot of maternal deaths globally. Typically it disappears after the first two months of the childbirth.

There’s an infamous myth regarding hypertension worldwide. It is often considered a health problem restricted to men. There is no truth to this as high blood pressure equally affects both men and women.

Men below the age of 45 are generally at more risk to develop hypertension. The symptoms often seen in men include:

All in all, hypertension is a widespread health problem affecting a huge chunk of the global population. It usually results in irregular heartbeat, blurred vision, and blood in the urine. Avoiding stress and sticking to a healthy diet serve as a primary care measure and can help prevent this condition.

What does my mole color mean?

The Three Benefits of Using Moisturizer 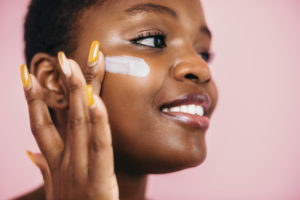 What Products Should Everyone Use in Their Daily Skincare Routine?

Developed By Synapse Coding
We use cookies on our website to give you the most relevant experience by remembering your preferences and repeat visits. By clicking “Accept”, you consent to the use of ALL the cookies.
Do not sell my personal information.
Cookie SettingsAccept
Manage consent

This website uses cookies to improve your experience while you navigate through the website. Out of these, the cookies that are categorized as necessary are stored on your browser as they are essential for the working of basic functionalities of the website. We also use third-party cookies that help us analyze and understand how you use this website. These cookies will be stored in your browser only with your consent. You also have the option to opt-out of these cookies. But opting out of some of these cookies may affect your browsing experience.
Necessary Always Enabled
Necessary cookies are absolutely essential for the website to function properly. These cookies ensure basic functionalities and security features of the website, anonymously.
Functional
Functional cookies help to perform certain functionalities like sharing the content of the website on social media platforms, collect feedbacks, and other third-party features.
Performance
Performance cookies are used to understand and analyze the key performance indexes of the website which helps in delivering a better user experience for the visitors.
Analytics
Analytical cookies are used to understand how visitors interact with the website. These cookies help provide information on metrics the number of visitors, bounce rate, traffic source, etc.
Advertisement
Advertisement cookies are used to provide visitors with relevant ads and marketing campaigns. These cookies track visitors across websites and collect information to provide customized ads.
Others
Other uncategorized cookies are those that are being analyzed and have not been classified into a category as yet.
SAVE & ACCEPT